Beijing the political, economic, and cultural center of China.

I didn’t intend on blogging about this trip. It wasn’t because I didn’t enjoy my time here, I did. This was the one trip where I focused more about taking in everything that I see, as oppose to trying to hit all of the must see tourist attractions. My intention for this trip was really just to see Beijing and to visit one of my closest friend from home who spending a semester in Beijing. All I have to say is that the air quality sucked and it’s probably the least English friendly city, but I am enamored by the depths of history that lies across this city.

Forbidden City
The Forbidden City is a must see if you are ever in Beijing, it was the Chinese imperial palace from the Ming dynasty to the end of Qing dynasty. It is also where the Tiananmen Square and the Palace Museum is located. It’s crazy to think about the events and history that has taken place on these very grounds I’ve step foot on. 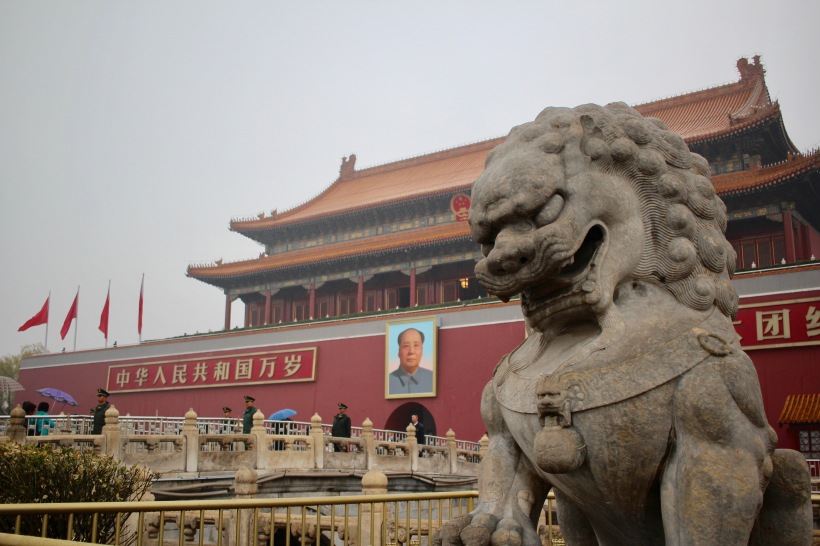 Peking Duck
You can’t go to Beijing without trying Peking Duck. It is a dish originated from Beijing, that has been prepared since the imperial era. According to Wikipedia, “The meat is characterized by its thin, crisp skin, with authentic versions of the dish serving mostly the skin and little meat, sliced in front of the diners by the cook.” The meat is eaten with condiments such as cucumbers, scallions, sweet bean sauce wrapped by a warm pancake. We tried two different restaurants at two different price points, but the generally idea is the same across both these restaurants: Siji Minfu 四季民福 ($) and Da Dong Roast Duck 大董烤鸭店 ($$).

The Great Wall of China
There’s probably not another infrastructure constructed  thousands of years ago that will be as great at the Great Wall of China. Yes, it didn’t serve the purpose of barricading the Mongols as China has hoped (America, please take note), but it remains as a symbol of strength and resilience to the nation. 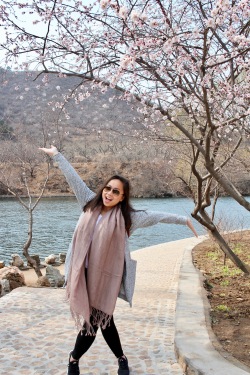 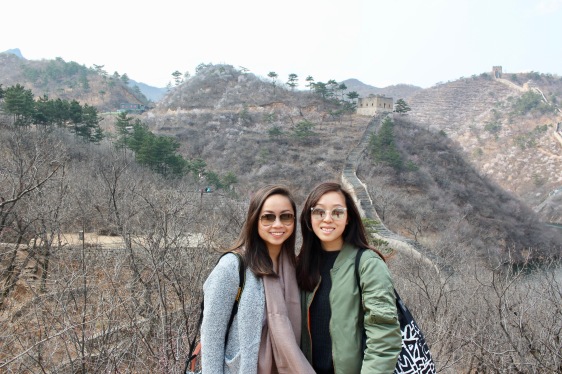 Beijing Olympic Village
Nine years ago, I witnessed history happening on TV. I had my eyes glued onto the television screen whenever swimming was on, and that was the year when Michael Phelps became my one and only idol. I must admit that I even cried when news broke out that he was caught using a bong. I was that child… I was really into swimming then, I would even say it’s my number one passion (my dream to compete in the Olympics came to an end when I realize I won’t grow pass 5′ 4″).
I’ve always wanted to see the Beijing Olympic Village in person, and I finally got the chance to fulfill this dream. This was the one Olympic game that left an great impression in my mind, and it was where my love for Olympic games started. 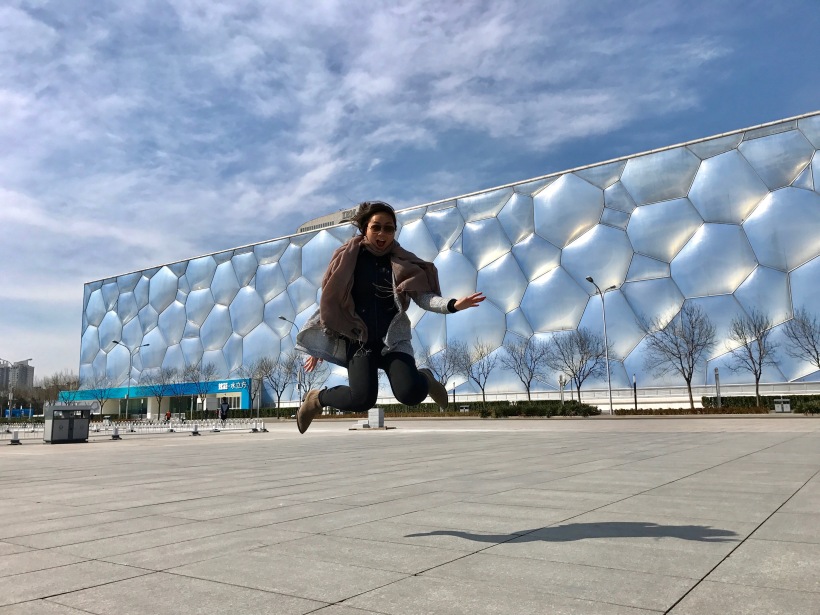 This trip to Beijing was short, but it was exactly what I needed to get through the remaining month that I will be in Asia. This semester has been challenging, both academically and mentally. It’s really nice to have one of my closest friend from high school to be in the same time zone as me. It gave me a sense of home even when we are half way across the world from home, I’ve never been more myself here than I have been these couple of months. Big shoutout to Amy for bringing me around, translating, feeding me, and being my personal photographer for this trip.

One thought on “Beijing, China”